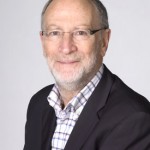 CBE FAcSS is an American-born British psychologist and distinguished professor of organisational psychology and health at Lancaster University Management School.

Prior to working at Lancaster University, Cooper was Head of the Manchester School of Management (within UMIST) from the early 80s. In 1995 he became Pro-Vice-Chancellor and then Deputy Vice-Chancellor of UMIST until 2002. From 1979 to 1980 he was chairman of the Management Education and Development Division of the Academy of Management and was elected as Founding President of the British Academy of Management. In June 2005 he was appointed head of the Sunningdale Institute, which, managed by the United Kingdom National School of Government, brings international academics and industry figures together to advise on issues facing UK public sector organisations. He is Chair of the Academy of Social Sciences, a body representing over 88,000 social scientists and 46 learned societies in the social sciences (e.g. Royal Geographical Society, British Psychological Society, Political Studies Association, Royal Statistical Society, etc.). He is also President of Relate, Patron of Anxiety UK, President of Institute of Welfare and immediate past President of the British Association for Counselling and Psychotherapy. Cooper is also a director of well-being specialists and business psychologists at Robertson Cooper Limited, a university spin off company which he set up in 1999 with Ivan Robertson. He was the founding editor-in-chief of the Journal of Organizational Behaviour. 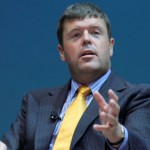 Chair of the Key to Care Report, has served as Liberal Democrat MP for Sutton and Cheam since 1997. He was Minister of State for Care Services in the Department of Health between 2010-2012 and subsequently served as Chair of the Joint Committee on the Draft Care and Support Bill. He has just finished Chairing a Commission on residential Care with the think-tank Demos

“As publicly funded care continues to be squeezed the danger is that good providers are driven out, and those providers who make a profit by exploiting workers thrive.  The price of poor care is paid for by the most frail and vulnerable in our community, and by the care workers they rely on who get a raw deal.

We must make care work a career of esteem, where a living wage is paid, staff are trained and recognised as valued key workers who contribute a huge amount to society.  This will inevitably come at a price, but the cost of doing nothing will be even greater.” 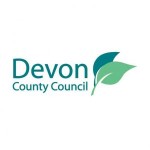 Has been the HR performance manager for Devon County Council approaching 4 years, with a background in workforce development Management and Staff Development. Anne has been responsible for providing a strategic approach to building the capability and capacity of the workforce by developing high quality, appropriately trained and flexible human capital. Anne Pro-actively identifies and addresses the critical workforce issues that affect the performance of individual service areas, by developing and implementing strategic approaches that deliver business benefits, Anne support new ways of working and improving workforce performance. 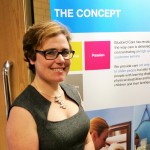 Claire’s professional background is in public policy and administration – she has worked previously as a diplomat and more recently for Lancashire County Council in promoting transparent and accountable public services.  From a young age, Claire has had a personal interest in care and caring, including stints as a befriender and volunteer meals-on-wheels worker. In recent years Claire has had lots of hands-on experience supporting close relatives living with dementia.  This drew her into volunteer work for Alzheimers Society, organising events such as Race2Remember and becoming a trained Dementia Friends Champion, which is when Claire first came across Bluebird Care. The opportunity to develop her own care business as a member of Bluebird Care network, which brings together her passion for excellent care,  her professional skills and the opportunity to create something special is hugely exciting for her.

Peter has a Background in business consultancy particularly with start ups and entrepreneurship. Chaired the Enterprise in Higher Education projects at Salford University and UCLAN to identify the commerciality of research projects and taking them to market.

Currently strategy adviser with the I Care Group which employs over 500 people in the Social Care Sector including Community Meals with Care, Domiciliary Care, Assisted living apartments and a rest home.